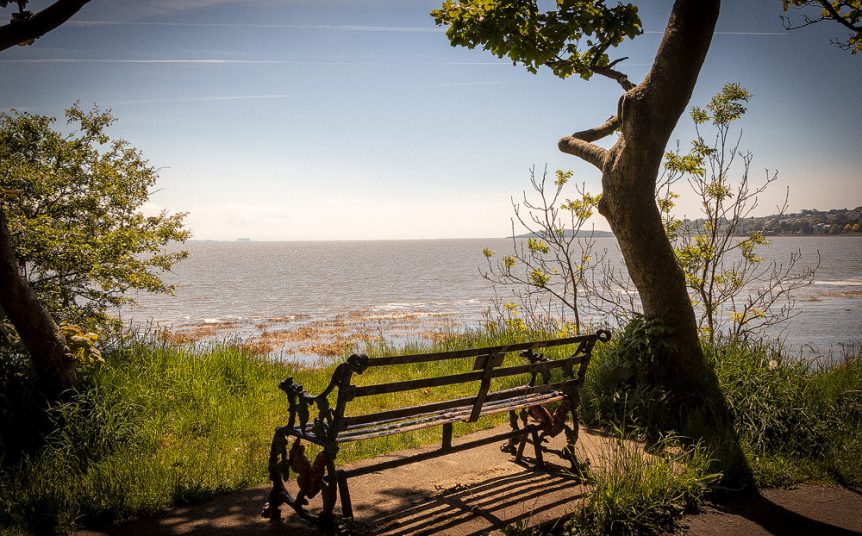 It’s taken a while but could Grange over Sands be seeing the arrival of Spring?

To check out whether it was true, I took a stroll recently and ambled down to our promenade. Truth be told I also wanted to view the high tide for we have also enjoyed the second supermoon of 2021. You may have realised by now that I’m rather fond of the moon and will take any opportunity I can to:

a) Talk about it, and

b) View it and it’s effects

My penchant arises due to being born under the astrological sign of Cancer. Not only that, my birth chart reveals Cancer features in three more of my planets too. Consequently, it’s easy to understand how I’m drawn to all things lunar. I’ll best leave matters astrological there for now though, for I know ’tis a subject not to the liking of everyone.

Anyway, where was I? Ah yes, the second supermoon of the year. At the end of April I wrote about the Full Pink Moon and now, just 5 weeks later, here we are again. Last week we enjoyed the Full Flower Moon, the second (and last) supermoon of 2021.

What is a ‘Supermoon’?

Generally speaking, a supermoon is a full moon that appears larger than a typical full moon due to it being closer to Planet Earth.

However, there’s a bit more to it than that! In fact, there are a couple definitions of ‘supermoon’ out there. Let’s go through the two most popular ones, which I’ll refer to as the ‘broad’ definition and the ‘strict’ definition:

In popular usage, most folks go by the broad definition, since it’s much more exciting to be able to talk about multiple supermoons instead of just one or two. Plus, ‘supermoon’ tends to refer only to full moons, rather than both full and new moons. (This makes sense, given that new moons are essentially invisible from Earth).

Another measure that’s used to determine if a full moon is a supermoon is its physical distance from Earth. The exact distance cutoff varies, but we generally adhere to the idea that a full moon occurring at a distance closer than 224,000 miles (360,000 km) is considered a supermoon.

Why the name ‘Full Flower Moon’?

Full Moon names come from a number of sources, including European, First Nation American and Colonial American. Traditionally, each full Moon name was applied to the entire lunar month in which it occurred, not solely to the full Moon.

May’s Flower Moon name should be no surprise; flowers spring forth across Europe and North America in abundance at this time!

May’s Moon names tend to speak to the arrival of spring and all that it entails.

The Cree names Budding Moon and Leaf Budding Moon celebrate the awakening of local flora, which really begin to leaf out now in many areas. Similarly, Planting Moon (Dakota, Lakota) marks the time when seeds should be started for the farming season ahead.

The activities of animals marked spring’s arrival too, which is highlighted by the Cree names Egg Laying Moon and Frog Moon, as well as the Oglala term Moon of the Shedding Ponies. All three names indicate that warmer weather is on the way!

Phew – sorry, I got rather carried away there! I did warn you though – the moon is known to affect me in a myraid of ways!

Back to The Promenade

Anyway, as I was saying, I ambled down to our promenade and it was pleasing to see the streets of our small town full of local folk and visitors. We were all taking the opportunity to enjoy the sunshine and fresh air after so many months of lockdown and restrictions. There is someway to go of course untill we are fully ‘free’. Will that be 21 June or, as it now appears, beyond that date? I guess we shall have to wait and see.

For now, I am content to see folks enjoying the town, our parks, resturants, cafés, coffee shops and pubs. There were people, like me, drawn to the waterfront where we enjoyed gazing at the waters of The Bay. Along the promenade there are flowerbeds too – tended to with love by local volunteers – they are alive with colour at present and look absolutely stunning.

Walk a bit further and you come across our railway station. This too was busy as I passed by. It was good to see trains bringing more visitors to town – the more the merrier is what I say! 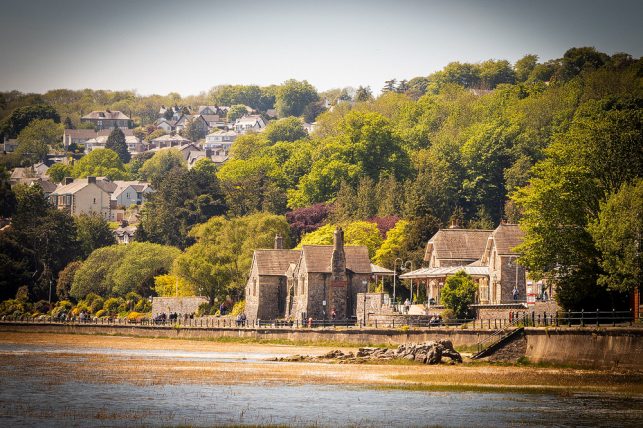 Until the next time, I bid you adieu.