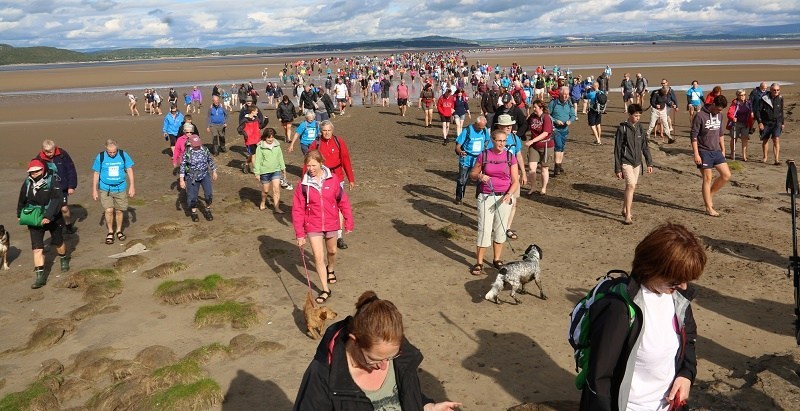 I have yet to do it but I will before ere long, I promise.

Do what…? I hear you ask. To walk across The Bay ’tis what. Aye, to walk across the sands of Morecambe Bay – the same bay I was talking about just the other day, you do remember don’t you? Anyway, I was talking about how the bay is a dangerous place, a place where you shouldn’t venture without an expert guide to lead you and to keep you safe from the perilous sands which have claimed many a life over the centuries. After all, this is the place where 23 un-licensed Chinese cockle pickers were drowned in 2004.

One such guide is Cedric Robinson. 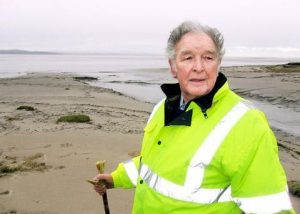 Cedric knows the sands of Morecambe Bay and he knows them well. So he should for Cedric is a local lad, born just three miles or so from here over in the ancient village of Flookburgh. The village, so it is said, was established by Norse invaders far back in the mists of time – they must have liked these parts for they stayed awhile and called their settlement ‘Flugga’s Town’ from which the name Flookburgh is derived.

Fishing has played an important role in Flookburgh life over the years and plays a big part to this day. Cockle and shrimp fisherman still venture out on the sands of the bay but no longer do they use a horse and cart as they used to. Today the fisher folk use tractors to harvest the sands – beware though should you meet one of these tractors in the local lanes for they have no brakes, the salt from the sea has made them useless! 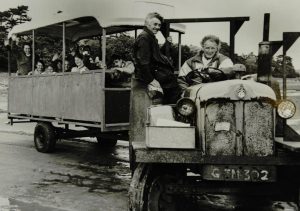 Crossing the sands of Morecambe Bay

The Queen’s Guide to the Sands is the royally appointed guide to crossing the dangerous sands of the bay. Cedric became the 25th guide in 1963 and is paid a salary of £15 a year! Luckily, the holder of the post also has the use of the 700-year-old Guide’s Cottage at nearby Kents Bank, which is owned by the Crown. There has been a Royal Guide keeping watch over the sands for almost 500 years.

Until the building of the railway in 1857, the cross sands route had been a major transport route in the area, with Guides appointed royally since the 16th century. Before that, the monks of Furness at Cartmel Priory had provided guides for crossing the sands. In modern times a crossing of the sands has become a popular challenge walk for charity fundraisers, with Cedric often leading groups of up to 500 people.

Time passes and after 56 years Cedric has decided to retire. After leading more than 500,000 people safely across the sands Cedric is passing his whistle and his stick on to a new Guide, a younger Guide. We need not worry though for the Queen has appointed another local lad, Michael Wilson. Like Cedric, Michael is from Flookburgh, like Cedric, Michael is a shrimper and like Cedric, Michael knows the sands and knows them well. For a while, the sands of the bay will be doubly safe for Cedric will be around for a little while, keeping his keen eye on Michael and making sure that, if we care to venture on the sands, we can do it safely and live to tell the tale of the day we crossed what some say is ‘the most dangerous highway in Britain’.

So, I say again, ‘Goodbye Cedric and thank you’.