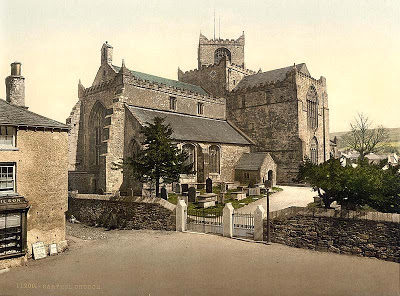 Just up and over the fell lies the village of Cartmel and a fine place it is too.

At just 2 miles away it’s not far and is somewhere I go to often.

Cartmel is a medieval hamlet so it’s seen a thing or two during the 800 years or so that have elapsed since the priory there was founded in 1189 by William Marshal, 1st Earl of Pembroke. Steeped in history and rich with culture, the church has undergone bouts of expansion, ruin and transformation to get to where it is today.

The earliest mention of Cartmel in historical records occurs almost 500 years before the foundations of Cartmel Priory were laid, when in around 680 land was bequeathed to St. Cuthbert by King Egfrith of Northumbria. Monks from Lindisfarne arrived and the first church established and dedicated to St. Michael. 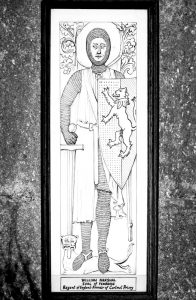 The Priory was saved at the time of the Dissolution of the Monasteries in the early 1530s, owing to William Marshal being granted an altar in one of the Priory’s chapels. The villagers protested that the Priory was in fact their parish church, and so it remains. Maybe the clever folk of Cartmel can teach the current legislators in Westminster a thing or two with regard to the gentle art of persuasion!

But wait, there is more to Cartmel than the priory…

… the village also houses a variety of interesting shops and traditional pubs around its main square. Branching out from the square in the narrow winding streets are a variety of ancient and interesting buildings and at the edge of the village you will find Cartmel Racecourse. Cartmel hosts its highly popular steeple-chase meetings at the spring and summer bank holidays, attracting visitors from across the country. The course is one of the smallest and most picturesque in the country.

But wait…, there is yet more! Cartmel is a foodie heaven with a number of specialist food shops offering a wide range of high quality local produce. The village has its own micro brewery, Unsworth’s Yard Brewery, where many an hour may be spent sitting in the sunshine while partaking in a variety of fine local ales. Here too, you will find excellent eating establishments. From pubs offering harty local fare, though to cafés and coffee shops all the way to the two star Michelin restaurant L’Enclume run by Simon Rogan. On top of all this Cartmel is also home to the famous Cartmel Sticky Toffee Pudding – naughty but very nice! It must be said that, although I am a fan of Cartmel Sticky Toffee Pudding, over Ulverston way, out to the west, there is the home of what I consider to be the best sticky toffee pudding in the whole of England. Luckily for me though I don’t have to join a queue for this delight as it is made by my cousin Eilidh and is available to family only!

So, back to the title of this post – Cartmel on the map. The village, once again, hits the headlines this week as the home of Irini Tzortzoglou – winner of Masterchef 2019. Although Greek by birth, Irini has made Cartmel her home and made us all very proud.

Although I am pleased Masterchef 2019 was won by local lass Irini, I must confess I was rather rooting for runner up Jilly McCord who once played Rugby Union for Scotland, is a school teacher and lives in Fife with her partner and two dachshunds.