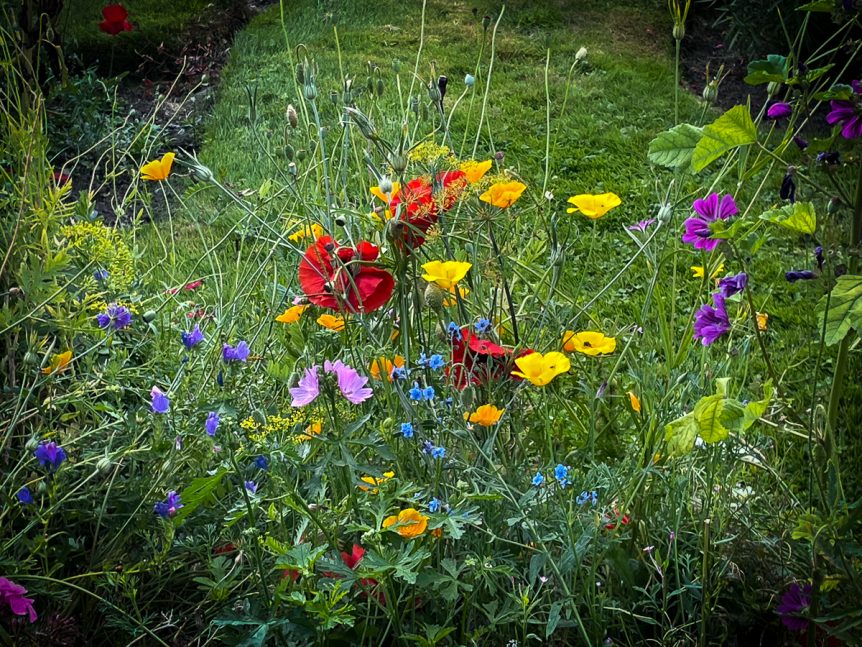 I’ve been here before (more than once I fear). Once again, I find myself putting up my hands in the air with a pang of guilt. That said, I hope for new beginnings.

When I started these musings (can it really be six years ago?!), the intention was that my writings, and thoughts, would appear frequently – well, as frequently as I dare, given a life-long lack of self-confidence! ‘Who would be interested?‘, ‘What would I write about?‘ and ‘Will it be good enough?‘ – these questions, and many more, were in my mind back in 2016, and, I have to say, they have been omnipresent since.

Time passes, as it has an irritating habit of doing. Over the years, my entries have sometimes been regular, oftentimes less so. ‘It’s okay,‘ I said to myself, ‘it can be a mix of regular and irregular musings. People won’t mind, and anyway, there’s probably nobody reading this stuff anyway!‘

So that’s what happened. Posts appeared in fits and starts – some months had multiple entries, others, none at all. After each gap, guilt would catch up with me (lack of self-confidence and guilt, when grouped with the Black Dog, are, to my mind, the most draining of self-conscious emotions), and I would strive to ‘do better’. And I did, until the inevitable, and then I didn’t.

The cycle repeated itself, time after time, after time – until earlier this year. The year started well enough, and I, like millions of others, looked to 2022 as a ‘new dawn‘ taking us out of the last two years of… Well, I don’t know what to call it really, ‘Covid’, ‘the Pandemic’, ‘the lost years’, you choose as I can’t. Suffice it to say, I was looking to 2022 to sweep away the first two years of the decade with a ‘thank you, but that’s quite enough if you don’t mind, can we move on please?‘

Like countless other folks, I’m a carer, or I was. Providing support for my elderly mother, my days (nights too, truth be told) were spent ensuring her needs were met, and she was as comfortable as she could be. As I said earlier, ‘Time passes’, it passes for me, for you, and my mother too. Now don’t get me wrong, I know, and appreciate, that life is not eternal, and at some point, we move on. We get tired, we become ill, there may be an accident – whatever it may be, we move on. Each of us has her, or his, belief system, or none, as to what happens at the end of life. Mine may differ from yours, or it may not, it doesn’t matter in the great scheme of things, does it?

As 2022 progressed, it transpired that my 90+-year-old mother was becoming weary, tired, worn out perhaps. I would use the word ‘tired‘, which best describes it for me. There were no immediate concerns, although it felt appropriate for my sister, and her husband, to visit from Canada to enjoy some quality time as a family. Less than two days after their return home, mother rapidly declined, and, within 18 hours, during the early part of June, she died. It was sudden, a shock even, but I’m comforted by the fact she was not in any discomfort or distress, and I held her hand as she departed on her journey to The Summerland. It was a warm day, the day she left, luckily a window was open and she was able to leave unhindered.

It’s been an odd few weeks. I’ve yet to fully come to terms that my mother is no longer here. After all, I have known her all my life and, in our own way were close – I was born on her birthday. Whether that is significant or not, who knows? All I will say is that I have my views, and that’s all I need. It’s strange though, being an orphan.

The funeral has taken place – my dear sister, and her husband, crossed The Pond once more, and mother is now home again, resting. She has one more journey to go – a trip to South London, back to her roots, to rejoin my dear old Dad, so that they can be together once more.

I’m surfacing now. It’s the beginning of September (the 1st as I write these words, although it might be another day or so to publication). The excited expectation felt at the beginning of the year was tempered by the sadness experienced at its midpoint. I’d like to think that, as the year closes, some good will be felt, but I’m sceptical. A war in Europe, and the consequent energy & cost of living crises, together do not bode well. We have a seemingly rudderless government pending the appointment of a New Prime Minister on 6 September. The opinion is that Lis Truss will overcome Rishi Sunak in the poll, but I won’t dwell on that – this is not the place for political debate.

So, I find myself at the beginning of a new chapter, or maybe chapters. I now have only myself to think about – it’s a strange feeling, one I’m not used to, and maybe it’ll take a little while to take stock, and adjust. What will I do?

Well, firstly, I am determined to maintain my commitment to posting here. Regularly or irregularly, I cannot say – we shall see. Then, there is my health and well-being. For far too long, I have neglected myself – being a carer does that, a malady that many reading this may well be familiar with. 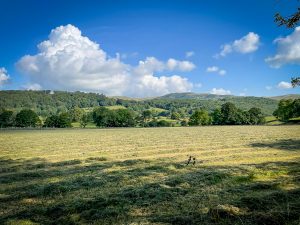 I enjoy hiking and have promised myself that I will do more, and use this interest to improve my fitness. I yearn to explore my adopted county. There is so much natural beauty, literally on my doorstep, and I want to see as much of it as possible. I’ve made a start – over the last eight days I have been on four walks with various good friends. We have walked the river meadows running alongside the Kent at Staveley, and made a preliminary foray into the woodlands of Barns Bank Plantation, which adjoins the nearby Cartmel Racecourse. In addition, we have ventured into Eggerslack Wood and Brown Robin.

All these places will be revisited in the coming days and weeks as there is so much more to see in all of them.

It’s been suggested that I get a dog. It’s something that I have hankered to do for a while. A rescue dog in need of a forever home, not as a companion to the Black Dog I mentioned earlier, for she is with me constantly and is likely to be so for some time, but as a friend and sidekick. I’d like that, and maybe, at some point in the future, it will come to pass. For now, I’m unsure whether I have the energy, or time, as there is much I want to do.

There is travelling to do as well. I want to explore Scotland – The Highlands, islands, lochs and glens. In particular, I want to visit Iona – the island is calling to me and I must find out why. I also hanker to visit the National Tramway Museum at Crich because, a) I have an interest in trams, and b) My mother was a tram clippie in London during, & after, the 1939/45 war, and it seems the right time to commemorate that. Maybe I’ll travel overseas as well, I have yet to decide on that.

For too long, I have not pursued my interest in photography as much as I would like. I’ve talked about my photography before, and I’m sure it will be an ongoing feature here. It felt self-indulgent to focus on my hobbies during my mother’s twilight months. Now though is the time to rekindle that interest as it will surely merge well with hiking and travel. I’ll specialise in fine art photography – who knows, people may even like what I produce.

At the beginning of 2022, I resolved to write a novel. They say (I don’t know the identity of these people who ‘say‘ things – maybe if I have time I’ll endeavour to find out), that each of us has at least one book inside us. I started my first novel in January, and it went well until May, so well in fact that by May I had penned almost 90,000 words of a first draft target of 120,000. Then my mother became frailer and I had to stop, my literary spark went out, and I have not written a word since. I’ve promised myself that I will pick up my pen (well, my keyboard actually) once more, and soon. I just hope the flow of words will be as prolific as they were in the Spring.

A problem can sometimes arise when one is confronted with several things one wants to do. It can be overwhelming, to the extent that you can’t decide what to do first – the result can be that you end up doing nothing. Recently that has been true for me, but, as I said, I’m surfacing now. They say (these pesky ‘they‘ people can be extremely troublesome), ‘How do you eat an elephant’, we all know that the answer is, ‘one bite at a time’. I’m making slow, but sure, progress – I’ll let you know how I get on. Now then, do I want chips and a side salad with my elephant?